Our proprietary metric suite delivers insight and value in quick, easy-to-read formats, and scales to every level of the game.
The suite features 2 Overall Ratings (RAM and C-RAM) and 5 Skill-Scores (5-Metric Suite).
Together these 7 metrics comprise a hearty introduction to a player, their style of play, context, and their strengths and weaknesses.

Our Context Metric – C-RAM contextualizes a player’s performance within the event they are playing in. As RAM measures total overall performance, C-RAM measures performance compared to the average. Grading a player in this fashion offers immediate, important contextual insights as competitions features all varieties of talent, levels & ages. C-RAM displays performance quality in a quick, easy to read format, with scores ranging from 0 to 10+, and color-coded medals are awarded to players at certain performance thresholds.

Our Base Unit – RAM takes box score stats to create a single, clean performance score. Carefully balancing efficiency, volume & per-minute impact, RAM is a metric that looks and feels like basketball. A player’s performance for the event is graded on a scale from 0 to 1000+ with no hard-ceiling, to allow truly exceptional performances to speak for themselves.
C-RAM breakdown

Visually, C-RAM Scores For Top Performers Are Represented By 3 Medals: 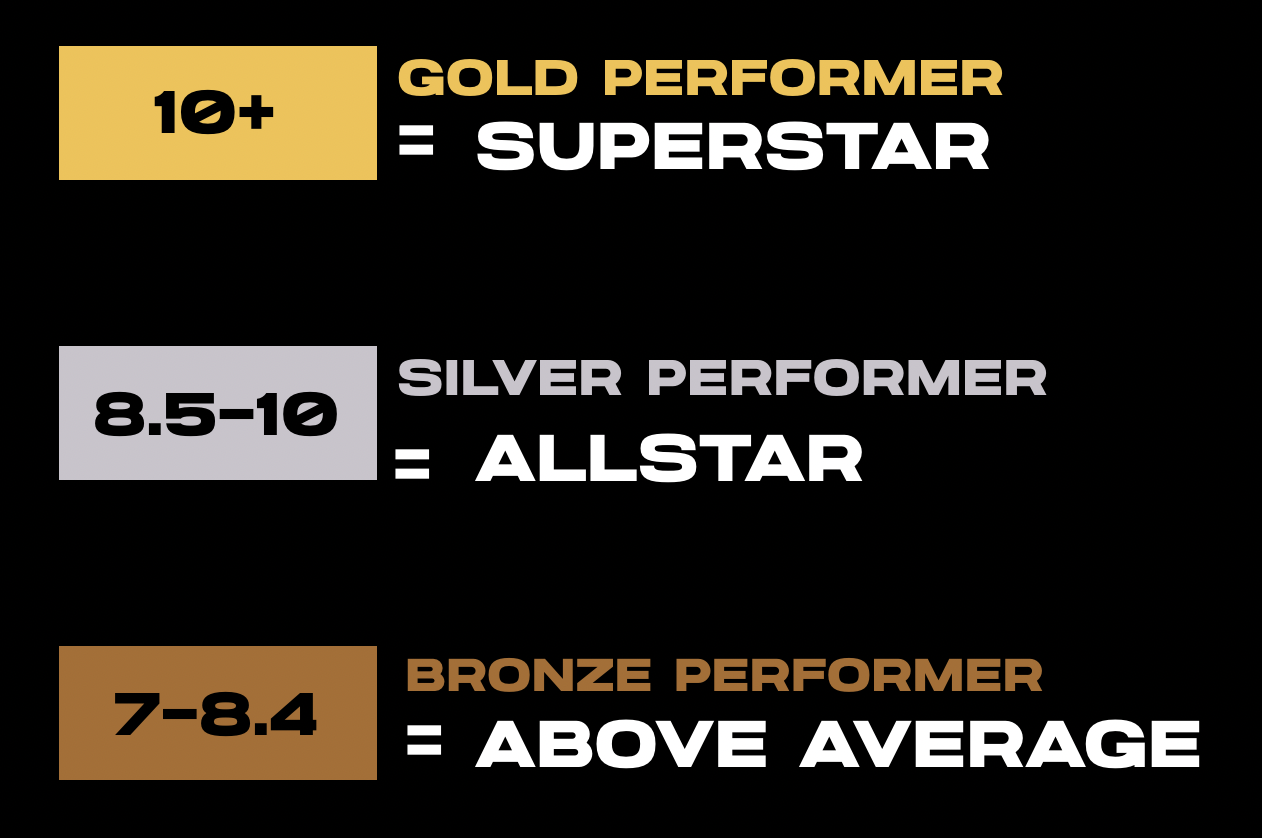 As the RAM & C-RAM represent the Who, What, When and Where of a player’s performance, the 5MS (5 Metric Suite) represents the Why and How.

Each skill score is graded on the same 100+ point scale
‍
60+ is good, 80+ is great, and 100+ is elite.
‍
When viewed together, the 5-Metric Suite offers a quick understanding of play-style & archetype even in small sample sizes.

PURE SCORING PROWESS (PSP)
is our scoring metric - blending the two major components of scoring - volume and efficiency - to create a role-neutral representation of scoring ability. If priority were given to per game scoring at high usage, skills like cutting or spot up shooting would be undervalued. If efficiency were the more weighted element, players who are not primary creators & benefit from advantage created by others would be overrepresented. PSP aims to solve these natural inconsistencies by scaling the creation burden and efficiency more harmonically, so that any player’s scoring ability can be better framed relative to the expectations of that scoring role. Put plainly, we believe that a 70th percentile high volume scorer & a 70th percentile low usage creator grade out more similarly than was previously possible with a comprehensive metric.
3-PT EFFICIENCY (3PE)
is, as you may have guessed, our 3p shooting metric. Shooting is a relative skill, its use and acceptance varying within different contexts, especially when comparing across all age levels or throughout history. We have found that using the median shooting expectation offers a great degree of insight for an introductory shooting metric by considering the volume and efficiency within context. Through this formulation, 3PE can place high percentage, low volume shooters on a continuum alongside low percentage, high volume shooters. This has an additional value on the developmental projection of shooting, an under examined area for broad shooting metrics. 3PE allows one to notice players who are starting to climb the shooting development curve, even with uneven early results.
FLOOR GENERAL SKILLS (FGS)
is the metric we have built to explore passing - it is weighted by usage outcomes for a ball handler with a seasoning of steals, as a proxy for athleticism and feel. Due to the weights of the formula, it is more likely for ball movers and other good decision making non-primaries to grade out in FGS than other traditional passing indicating metrics like pure A:TO. The score is not weighted by position, but even without positional relativity different trends and thresholds for positions that can be observed- a FGS of 50 for bigs usually correlates with a big man capable and entrusted with decision making in offensive actions. By contrasting the efficiency of the distribution with the volume of positive passing outcomes we have a metric that can display playmakers who are comfortable in the decision making role. FGS can, similarly to PSP, better frame both high and low usage creators for their positive outcomes relative to role expectations, within a league context or grading against a team’s historical performance.
AROUND THE RIM (ATR)
is comprised of the traditional around the basket indicators for good big man play – offensive and defensive rebounds, blocks, fouls and 2 pt efficiency. Back to the basket bigs who do most of their production around the cup tend to score the highest, but not universally so. Measuring big man defense is an eternal challenge, but by stabilizing the different big man inputs, the nuance of defensive expectation within system and scheme can emerge. ATR is not just an effective metric to judge bigs, smaller players with scores above 50 must meet a higher baseline of feel, finishing and defensive playmaking – information that can be valuable when hunting for role players and relative positional advantages like smalls with the ability to operate in the post.
DEFENSIVE STAT IMPACT (DSI)
is an all-in-one defensive metric that focuses on events creation - combining possession-winning actions (steals, blocks, offensive rebounds) against defensive efficiency (fouls) to act as a proxy for reactive athleticism and feel for the game within scheme expectations. Rather than a definitive ranking of the best defender, DSI is a demonstration of the intersection of box score defensive numbers and the systems of defense. Adjudicating the role of the individual player within a defense is difficult, as there will be different systems that generate more events, that push events into certain positions, that will depress foul totals, etc. By comparing the DSI of similar players within the same or similar systems, there can be a strong sight read on individual defensive acumen and impact. 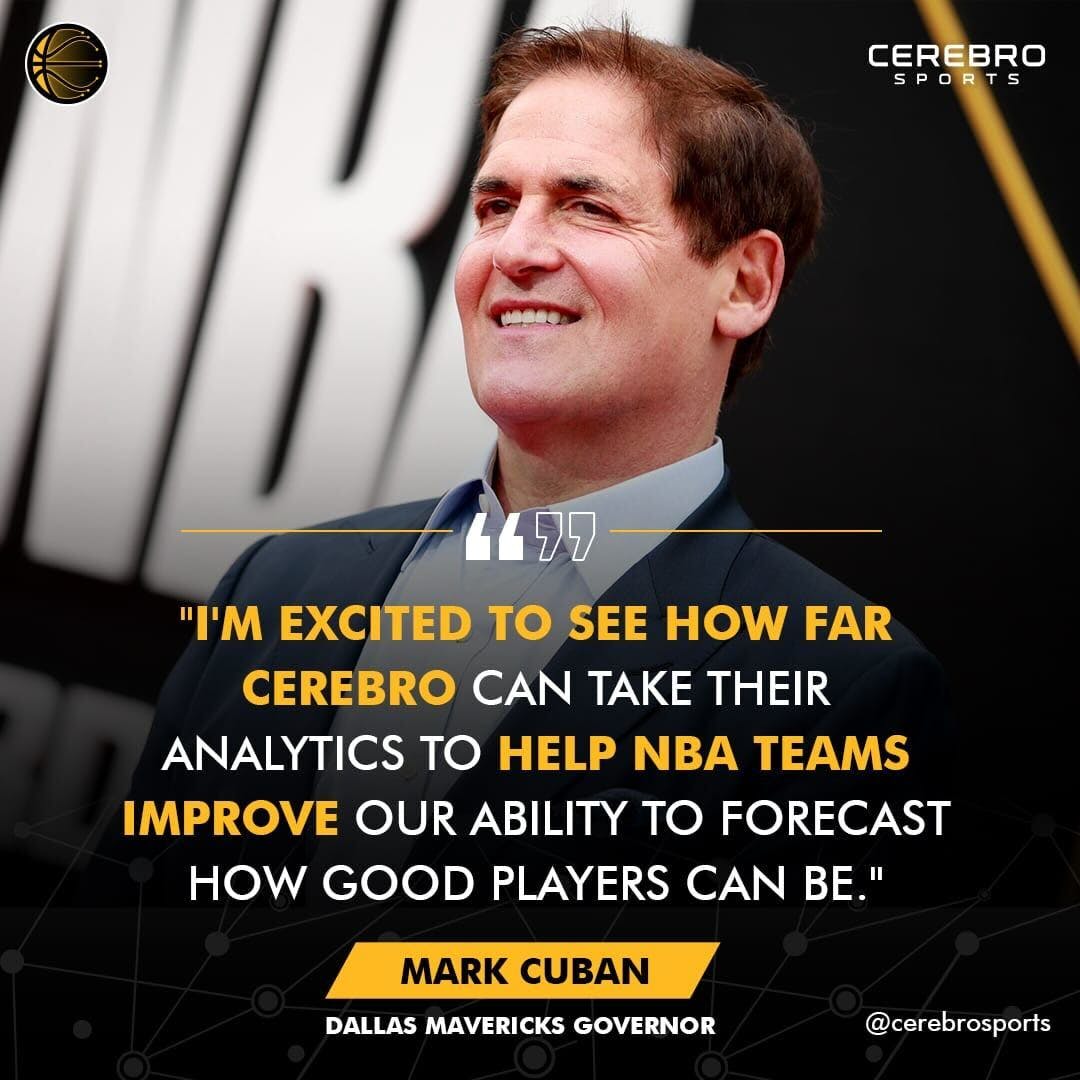